Flirting with zealotry in Malaysia

Flirting with zealotry in Malaysia
By Jackson Diehl
Monday, June 28, 2010

Anwar Ibrahim, the leader of Malaysia's political opposition, has become known over the past decade as one of the foremost advocates of liberal democracy in Muslim countries. His many friends in Washington include prominent members of the neoconservative movement -- such as Paul Wolfowitz, the former World Bank president and U.S. ambassador to Indonesia -- as well as such Democratic grandees as Al Gore.


Lately, Anwar has been getting attention for something else: strident rhetoric about Israel and alleged "Zionist influence" in Malaysia. He recently joined a demonstration outside the U.S. embassy in Kuala Lumpur where an Israeli flag was burned. He's made dark insinuations about the "Jewish-controlled" Washington public relations firm Apco Worldwide, which is working for Malaysia's quasi-authoritarian government.

Therein lies a story of the Obama era -- about a beleaguered democrat fighting for political and personal survival with little help from Washington; about the growing global climate of hostility toward Israel; and about the increasing willingness of U.S. friends in places such as Turkey and Malaysia to exploit it.

First, a little about Anwar: While serving as deputy prime minister under Malaysian strongman Mahathir Mohamad in the 1990s, he began pushing for reforms -- only to be arrested, tried and imprisoned on trumped-up charges of homosexual sodomy. Freed after six years, he built a multiethnic democratic opposition movement that shocked the ruling party with its gains in recent elections. It now appears to have a chance at winning the next parliamentary campaign, which would allow Malaysia to join Indonesia and Turkey as full-fledged majority-Muslim democracies.

Not surprisingly, Anwar is being prosecuted again. Once again the charge is consensual sodomy, which to Malaysia's discredit remains a crime punishable by whipping and a prison sentence of up to 20 years. Anwar, who is 63 and married with children, denies the charge, and the evidence once again is highly suspect.

His 25-year-old accuser has confessed to meeting Prime Minister Najib Razak and talking by phone with the national police chief in the days before the alleged sexual encounter.

Nevertheless the trial is not going well. If it ends in another conviction, Anwar's political career and his opposition coalition could be destroyed, and his life could be at risk: His health is not great. Yet the opposition leader is not getting the kind of support from the United States as during his first prosecution, when then-Vice President Gore spoke up for him. Obama said nothing in public about Anwar when he granted Najib a prized bilateral meeting in Washington in April.

After a "senior officials dialogue" between the two governments this month, the State Department conceded that the ongoing trial again had not been raised, "because this issue was recently discussed at length." When it comes to human rights, the Obama administration apparently does not wish to be repetitive.

Anwar meanwhile found his own way to fight back. Hammered for years by government propaganda describing him as an Israeli agent and a Wolfowitz-loving American lackey, he tried to turn the tables, alleging that Apco was manipulating the government to support Israeli and U.S. interests. He also said that Israeli agents had infiltrated Malaysia's security forces and were "directly involved in the running of the government."

Najib describes Israel as "world gangsters." But he quickly turned Anwar's words against him; Apco has been peddling the anti-Israel statements around Washington.

Anwar is like Turkish Prime Minister Recep Tayyip Erdogan, whom he regards as a friend and fellow traveler. Both know better than to indulge in such stuff. Both have recently begun to do it anyway -- after a year in which the Obama administration has frequently displayed irritation with Israel. "If you say we are growing impatient with Israel, that is true," Anwar told me. "If you say I am not too guarded or careful in what I say sometimes, that is also true."

Anwar, who was in Washington for a couple of days last week, spent a lot of time offering explanations to old friends, not to mention House Foreign Affairs Committee Chairman Howard Berman and a Jewish leader or two. He said he regretted using terms such as "Zionist aggression," which are common coin for demagogues like Mahmoud Ahmadinejad. "Why do I need to use it if it causes so much misunderstanding?" he said. "I need to be more careful."

Many of the Malaysian's friends are inclined to give him a break. "What Anwar did was wrong, but considering that he's literally fighting for his life -- physically as well as politically -- against a government that attacks him as being 'a puppet of the Jews,' one should cut him some slack," Wolfowitz told me.

But Anwar's story can also be read as a warning. His transition from pro-American democrat to anti-Israeli zealot is sobering -- and it is on the verge of becoming a trend. 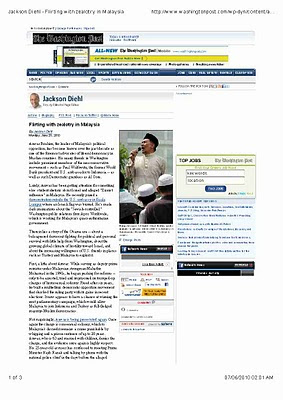 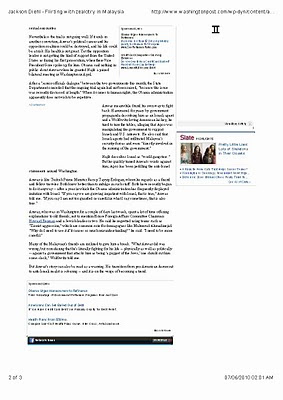 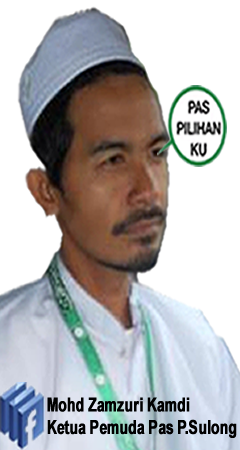 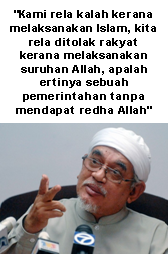 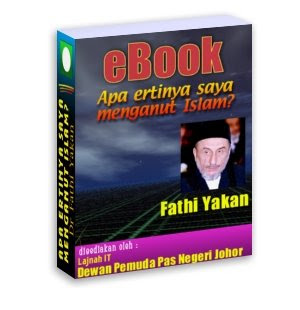 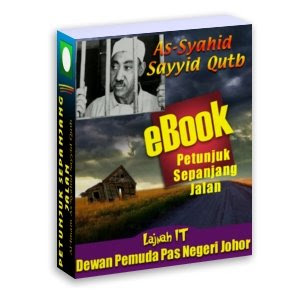 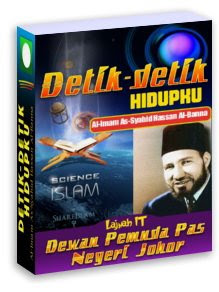 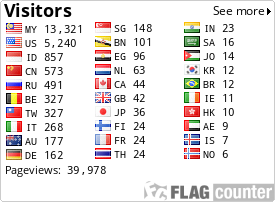